In European culture four is the number of man, symbolizing matter and temporal order.

Four sides of the world, four seasons and four elements.

Four riders of the Apocalypse.

Four things insatiable: the abyss, the womb of a woman, earth and fire.

This time, the meeting of artists consciously operating the body, light and gesture created a picture referring to the symbolism of numbers (the title “Four” is the most material, human and earthly of them), and thus transporting the viewer into the dimension of abstraction. So these two spheres – abstract and material – met in the naked bodies of four actresses and created the spectacle of Theatre A Part and Amareya Theatre.

The stage is shrouded in darkness, so the viewer, gently guided by light and music, concentrates all their attention on them. He observes the rich spectrum of their movements – from slow and lazy to violent and mechanical. It tracks the relationships they build with each other.

At the center of the performance is the materiality of a man along with his eroticism and limitations, but also desires, fears and feelings expressed through it. The creators of the spectacle present bodily images and allow them to follow the path that is marked by associations evoked by the viewer. 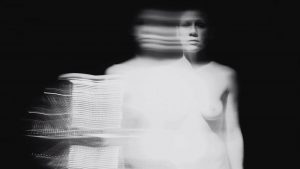 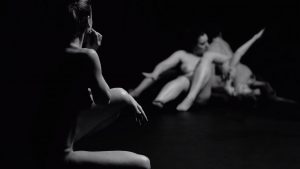 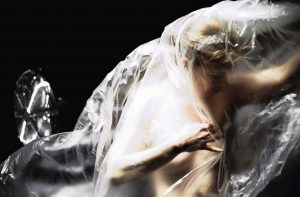 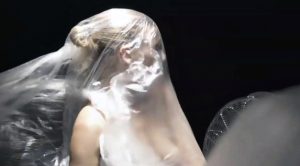